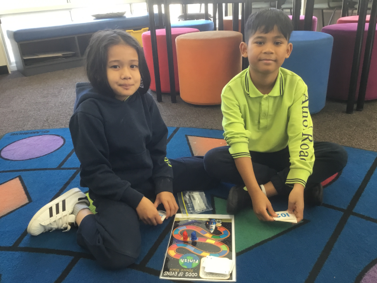 What a big term of learning our Year 3 and 4 Mathematicians have in front of them! They have begun the term by investigating the idea of equivalence in equations and that the equal symbol means that both sides of an equation need to balance and using operations such as addition, subtraction, multiplication and division to practice this skill. Students will also begin to investigate fractions and decimals, learning about equal parts of numbers. Students have begun to investigate measurements such as capacity, mass, perimeter and area. In the second half of the term, students will explore probability and chance by playing different games and thinking about the chances of winning.

You can support your child at home by playing card, dice and board games with them and talking about who wins and why they won.